Who will do the best job representing ATU757 members

WOW! I can't even believe it! I would have never imagined this last July.
The last time this occurred was in 2000, and if you look at the issues they are very similar. There is a power struggle at ATU757, its been going on for as long as I have been part of the
ATU.
I'm no expert on labor law and union rules but the challenges to this election are HERE.
Obviously there must have been validity to one or more of them. I have not seen the report as of today. So here we go, we will all get the pleasure of a new election
Here's my take on this.


Trimet execs must be loving it. Randy Stedmen is probably having one of those $4000 dinners at El Goucho .


I no longer work at Trimet so I am no longer plugged into the operations issues that current employees are facing and how the union leadership is handling it. But there has never been more than partial satisfaction with the way whoever is in office is running things. There has always been discontent, for as long as I have been a member.

But from my point of view, a retiree,  what I want from my union is somebody that can  stand up to the Trimet sociopaths at this next contract "negotiation"

I still feel Shirley Block  is more qualified to handle Randy Stedmen  than Bruce Hansen was. Shirley Block has been in this fight a long time, and she 'earned' her office as far as I am concerned.

The next contract 'negotiation' is a non starter. NO GIVEBACKS ARE ACCEPTABLE. The union leadership should immediately begin making their case of Trimet wasteful and wanton spending practices. Hiring more and more people that do not provide actual service to the public. A close examination should be made of  EVERY SINGLE job that is being paid by tax payers that has nothing to do with transit delivery. It should be an easy task indeed proving that Trimet ALWAYS has money for bells and whistles so any thought of further givebacks is over. Trimet expansionist policies have been the cause of the union members suffering, and Trimet continues that expansion unabated. And they will  continue funding that expansion on the backs of their former and current union employees. Trimet has a proven history of lying about their budgets, I give you the 2012 secret raises


Union employees have GIVEN BACK in the last two contracts. It's over, no more givebacks. If Trimet wants givebacks don't bother talking to them, just proceed to the next arbitration prepared with the facts and figures.


I will vote for Henry again because he has the intelligence to handle the job. I do not buy this "he has no experience" bullshit. We have the chance here to end this bickering between the Hansen crowd and the so called "Hientzman" crowd by voting in Henry Beasely who is not aligned with either faction.

In the event that Bruce Hansen is able to make a comeback here I expect him to be a far superior president now that he has gone through this last experience of losing the office.

From my view as a retiree, we  have three good candidates here that should be up to the job!


Just remember that its Trimet's plan is to remove the retirement health benefit.
Either by restricting membership or passing the costs on to the members.
In the video below we have Dave Auxier telling the board exactly that! We know there plan, we need to stop them!

We cannot give them any more freebies like Bruce did the last Time around.
We need to fight these people each time they ask for a concession. 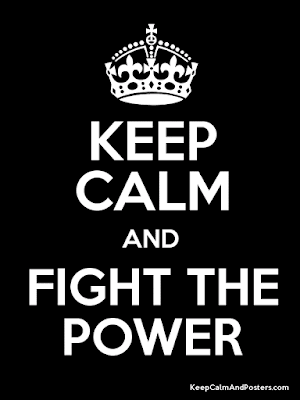 I will give you two out of three here Al. Shirley is not at all up to the job. No new ideas, no thoughts of her own and look what she has done since in office. She apparently is only capable of doing what she is told.

LOL!
I don't buy that at all.
I think Shirley is well up for the job and she has the proper people behind her to help her.!

Bruce nice guy, nice guy got his ASS kicked in last contract. We the union members have the same Kaiser health care plan as the non union employees. Thank you Bruce. I dont want nice.

Previous comment telling Al to keep is opinions to himself is a perfect example of weakness in this union and why TriMet loves Bruce. That and $750,000,000 in give aways. I bet the same person will vote for Trump, Cruz or any other rethuglican hater that get nominated.

Henry's over his head a little less than Shirley. Name-calling and walking out won't win a negotiation.
Bruce got back a lot that was lost with the Arbitration imposed Contract. There is money in the bank for the first time since HeinzmanHunt allowed the embezzlement while spending on themselves in Europe etc. He organized a location in a couple months (that HuntHeinzman et al FAILED for 20 years) bringing in almost $100,000 extra a year. I just learned that more $75000 is his own money from the pay reduction he pledged - a level of commitment that Jon Shirley and Mary have never demonstrated.

It's as simple as: If ShirleyHeinzmanHunt ran a honest campaign, we would not have had the Government order another election!!!!

ShirleyHeinzmanHunt apparently did not so they shouldn't be in office .
!