Like this: "TriMet does not decline to comment but that it would be inappropriate to comment since this is a personal case and TriMet has no involvement in the legal proceedings." 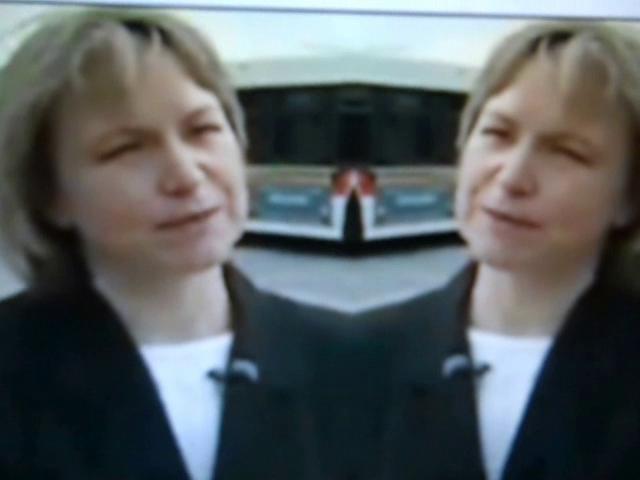 Fist of all the sentence is completely wrong because its a double negative. But even beyond that she still contends that Trimet has no role in the case when its:

Come on Mary, we know you have limitations but this is ridiculous

So let’s see, four of Tri Mets over paid Barney Fifes, usually seen on the max hustling people for their fares were sent by the head dick head to bully, arrest, handcuff, and seize (steal) Blogger Lane Jensen’s computer and cell phone.

Since 2004 John Copic, a deputy district attorney for Multnomah County has been assigned to prosecute transit crimes. And now Blogger Lane Jensen is being prosecuted with Tri Mets very own specially assigned diminutive district attorney.

But wait! TriMet chief media relations officer Mary Fetsch says, "TriMet declines to comment, that it would be inappropriate to comment since this is a personal case and TriMet has no involvement in the legal proceedings."

Yes it is personal; it’s a personal and calculated attack by Tri Met against Blogger Lane Jensen.

Instead of going after the thugs who stabbed two drivers John Corvic goes after bloggers. It’s easier and less dangerous to go after bloggers. Lane Jensen is the third blogger in Corvics ten year with Tri Met. You know Tri Mets new motto “sticks and stones might break my bones but bloggers factual words just might hurt me”.

It’s a $1000 fine if you hit an operator but if a blogger dares to exercise his First Amendment Rights by asking a question of the government agencies Media Public Relations officer poor Miss that’s my job to answer your questions boo hoo hoo Roberta Alstead then its 15 years in jail and $78,000 in fines to make Blogger Lane Jensen go away finally.

if the bloggers were posting factual information, or balanced information such as is expected from mainstream (note I didn't say delivered, I said expected), and following journalist codes of ethics this might be a different story.

Altstadt (note the proper spelling please), Fetsch, et. al. have no obligation to perform their work duties outside of their assigned hours, and there are more appropriate avenues to pursue to obtain answers to those questions.

As to the question of law, the defendant is guilty as charged. He continued to send text messages to Altstadt's phone after being specifically instructed not to in the presence of a transit police officer.

TriMet is not involved; if they were the case would be captioned as 'TriMet v. Lane (whateverhismiddlenameis) Jenson'.

Sorry, I have no sympathy for any of the bloggers especially in this case.

(By the way, I can almost guarantee that Margulies will censor this comment because it goes against his personal view of this case, but so be it, at least I have attempted to state my view.)

If they've changed their game plan from Trimet to personal they must've fucked up.

For starters Lane and Al are established bloggers who have a large number of people who follow their blogs.
When Joe Rose quits writing dribble to make Tri Met look good and operators look bad then we can talk.
But Houston we have a problem!
Looks like a double standard.
It appears that the earlier post defending the royal hiness Roberta Alstead makes the case she is to be treated different .
While Operators are told they have to march to a different set of rules. Operators cannot go after any customer personally or ever even know the name of a person who accuses them and files a complaint against them.
Operators don't have the luxury of having a cop by their side at the drop of a hat. Heck their even lucky to have a road supervisor show up at all in some cases.
Seems Miss Alstead doesn't have to answered questions when it inconvenient for her.
While over 1200 operators who are in their uniform and not on duty answere 100s of questions from the general public while they are on the street, waiting in line at the store, in the doctor’s office or the post office or just about any place you can imagine and still do it with a smile because that’s the kind of people they are, professional at all times.
But what really bothers me is that operators are being stabbed,stalked, spat on, assaulted, and told to shut the fuck up bitch and just drive. And Alstead is having a bad hair day hissy fit over a question about bus safety.
Roberta Alstead the day you get on a bus and if you can even drive it safely in this god awful Socialistic Liberal Urban Renewal Circus and some smelly, dirty, rotten,sores all over their body, god knows what diseases he has and what drugs he is on and oh yell he didn't pay his fare either gets in your face and calls you a cunt because your late then you have a right to complain.
And just remember you’re not allowed to say anything back. And by the way if they hit you or spit on you you’re not allowed to defend yourself. You know the rules in the SOP and any how you’re getting paid to put up with this terrible treatment.
If this is what is expected of operators then a text message asking about bus safety seems pretty harmless now doesn’t it?

I didn't know the Oregonian or the Editors have a code of ethiscs. I do remember the Oregonians Managing Editor Bob Caldwell died after having sex with a young college student. The Oregonian tried to cover up Bobs affair. Then they tried to put the blame on the girl young enough to be his granddaughter. Yell real code of ethics and tabloid jouralism is what you can accept from the fish wrapper.