Will Trimet ever allow ATU to be part of the process?

Today TriMet’s Board meeting included yet another plea from the transit union president that the workforce be allowed to partner with the Board in solving TriMet’s alleged financial woes.
“One enormous hurdle we can’t get over is the fact that TriMet management won’t give us adequate information that we can use to verify their claim of financial problems,” says Bruce Hansen, president of ATU 757. “We see TriMet spending millions in ways we think are imprudent. And we suspect they use deliberately inflated numbers to support their claim of financial stress. The problem is, we don’t know and can’t know, until we can really look at the books and talk to the people coming up with those numbers.” Hansen says the Union needs accurate numbers in order to determine the most effective way to lessen TriMet’s financial problems while protecting the workforce and retirees.


Alluding to the Secretary of State’s recent, devastating audit of TriMet management’s communication problems, Hansen told the Board that the problem was more than an inability to communicate with the workforce. “Before you can have communication, you have to have trust. That trust has been broken.”
Board President Bruce Warner referenced a letter from Hansen (attached) that points out the problems with TriMet management’s claims regarding retiree’s health insurance. Warner stated the Board is committed to seeing that the Union gets the requested information and that it becomes a partner in finding solutions.
“We very much appreciate the Board’s stated intentions,” Hansen said in response, “but that is not the reality I am seeing.” Hansen later noted that the Board stated the same intention last December and nothing changed. “I think the Board members have good intentions but it appears that no one is listening to them either.” 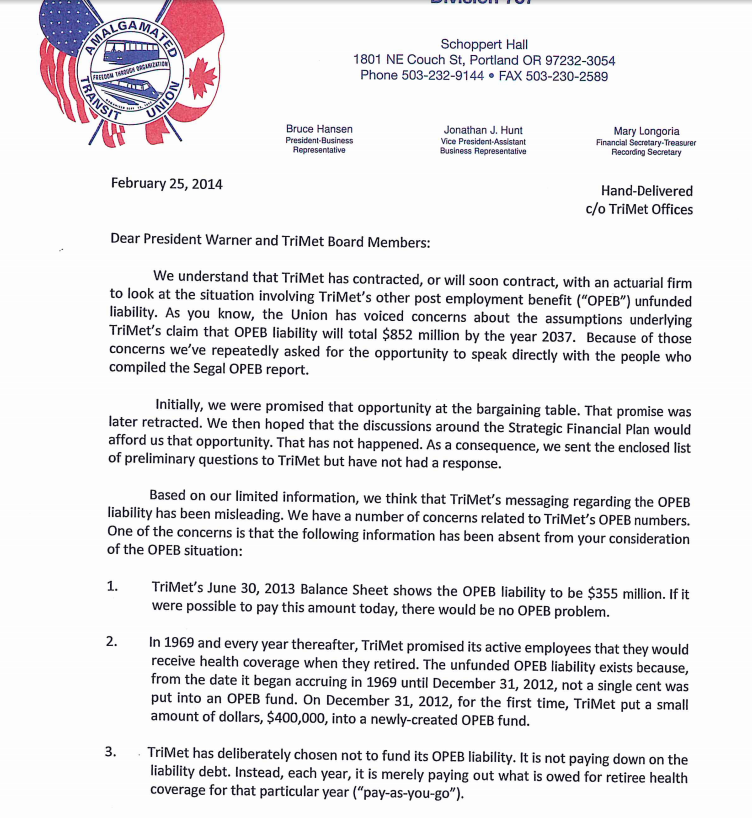 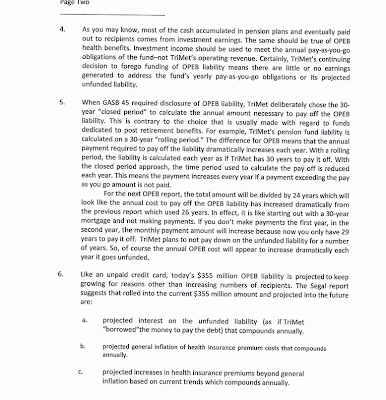 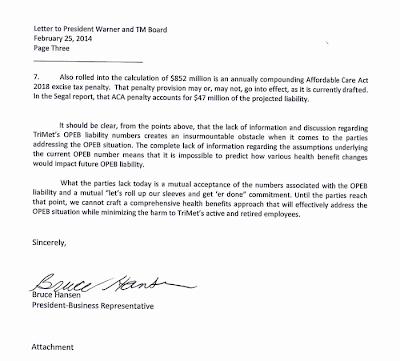 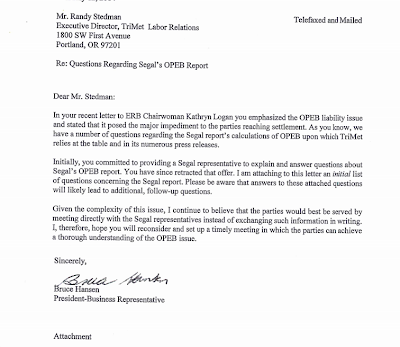 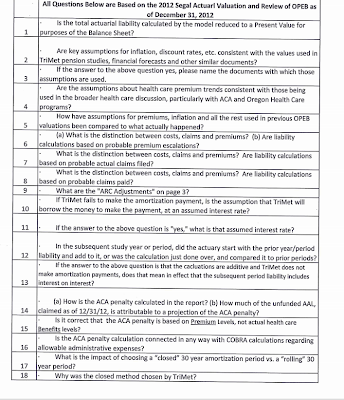 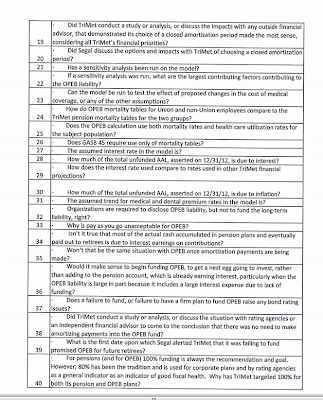 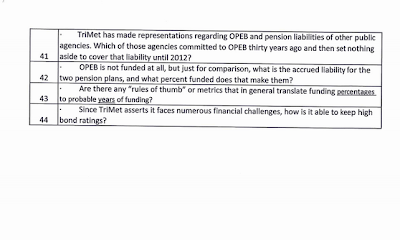