Trimet to do away with current fare system

According to this board handout Trimet will be scrapping its entire fare system when they get their 'new' $30,000,000 on line. Sure glad they spent money on those ticket printers aren't you? Ah who cares right? It's tax payer money so it can be wasted at the will of those in charge of wasting that tax money.
Nice that Trimet sees its public as lab rats to be experimented on at will 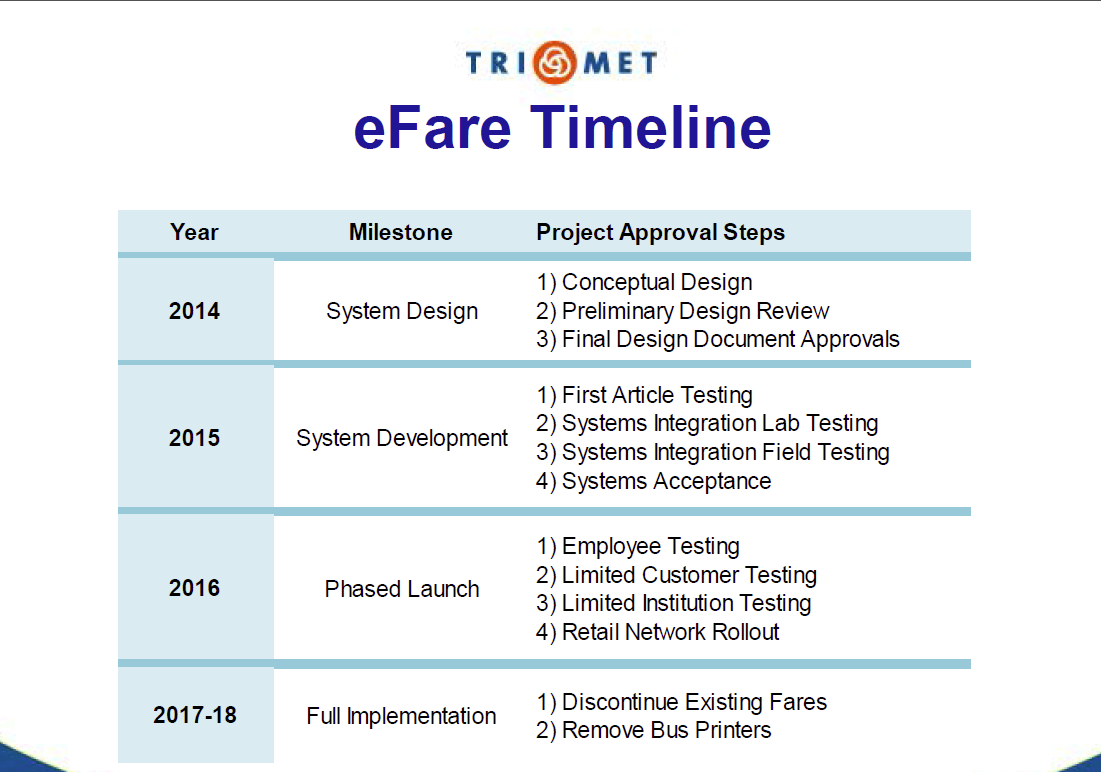 trimet is going to give EVERYONE who rides trimet a CARD kinda like a DEBT Card and you add MONEY/ Time to it and you scan the card when you get on the bus!!!

Al, this is how its "supposed" to work when you switch to a smart card system, you ditch paper transfers. Sadly Metro up here can't get on board with that plan, but most other agencies with a smart card do not have paper transfers, you can only get transfers on the card.

How long did we have the bus transfer printers?? Seems like another TriMet waste of money...