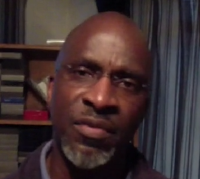 Dear Brothers and Sisters,
At the retirees meeting I heard something that was used to rattle the audience concerning health care. The person mentioned “private health care exchanges” and retirees need to watch out for it in 2016.  Most do not understand healthcare and the new laws under the Affordable Care Act/Obamacare and when people mention this, people usually think something negative.
Those that talk about it should have an understanding of the healthcare laws, since it was being used out of context.  Here is a good read on private exchanges: http://www.wsandco.com/about-us/news-and-events/benefits-blog/private-exchanges which mentions Mercer:  Today, companies are often comparing exchange solutions brought to them directly by firms like Aon, Towers, Mercer and Buck, and attempting to choose between them. If they didn’t have the bandwidth or expertise in the past to choose between Anthem, Cigna, Blue Shield and UnitedHealthcare, what makes them qualified to choose between exchange suppliers? Many firms also now require non-disclosure agreements which prevent you from completing proper due diligence.  The point that needs to be an ongoing concern for the members is, the company transferring the premium costs unto the membership (which happened to the part time employees when they had to pay double aka pay cut, but has since been corrected), but since we now under the same plan as the non-union side the company had achieved what they wanted.
In my opinion, what I think the company will come after next that will affect our retirees and soon to be retired is the survival benefit:  The medical coverage of the spouse and dependents of a retired employee shall continue for (16) years from the date of death of said retiree. The medical coverage of the spouse and dependents of an active employee shall continue for one (1) year after death of said employee.  The reason “unfunded liability” (non-funded obligations is what I call it).
The term unfunded liability was talked about back in 2011 as a topic in the continuing negotiations between the company and the union (Unfunded:  Describing any liability or other expense that does not have savings or investments set aside to pay it. That is, the party responsible for paying an unfunded liability pays for it out of current income or by borrowing. The risk of an unfunded liability is that a payee may not receive that which he/she is entitled to if the payer goes through a difficult financial period. It also increases the payer's current liabilities.).  I decided to research the topic to see what the issues were.  During my research out there I found similarities with the city of Detroit when the company was claiming “unfunded liability” problems (can’t find the original link that I used but this is similar - http://www.huffingtonpost.com/2013/10/07/detroit-pension_n_4057838.html )
In 9/16/12 I contacted Dave Gaba concerning what would have been the percentage of the insurance would it have taken to win the arbitration (later I predicted it would have to be the same percentage as the non-union side or 80/20).  On 9/17/12 head of Labor Relations sent me this e-mail:
Henry,
Arbitrator Gaba forwarded your e-mail to counsel for both parties. If you want to e-mail or call me with your questions, I will try to answer them.
Typically, employees don’t have to pay into retirement when it’s a defined contribution plan, which is what we have implemented for new employees. The District contributes 8% to the plan on behalf of the employee. Employee can make additional voluntary contributions, too. By comparison, it costs the District about 9% for its defined benefit plan.
That said, the biggest problem we have is not the retirement plan, it’s the retiree medical plan. It is very unusual for retirees to get free medical the same as current employees until death and then another 16 years for the surviving spouse.
Best regards,
Randy M. Stedman
Executive Director, Labor Relations & Human Resources
TriMet
stedmanr@trimet.org
(503) 962-6414 (Office)
(503) 793-1688 (Cell)
Lastly, why I think this would be the next step for the company can be summed up in the last paragraph of this e-mail.  The first part was to reduced current and retirees to the non-union insurance plan or the 80/20 split, and now the second part would be to get rid of the survival benefit.
Posted by Al M at 11:17 AM