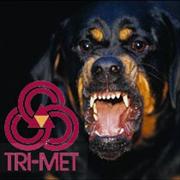 People expect the legislators to do the right thing? Hell no! The legislators are the root of the problem and anybody that knows anything about Trimet knows they don't give a damn what the public thinks.
TriMet holds on to Class A offense for "interfering with public transit" charges | Street Roots

Sadly, this law "does not" protect ops from being assaulted and assailants having no threat of real jail-time type felony.
HB