Even though it's the street between a major TriMet operations facility and the nearby MAX station, one which operators, employees and others walk down daily, it does not have the "world-class" pedestrian facilities that some here seem to think it would have given the rail nature of those places.

(I'm told that the street is like this because sidewalks were not required when Ruby Jct was built; a recent TriMet expansion fronting one portion of the street did include a sidewalk.)


Google Street View and, below, some still images: 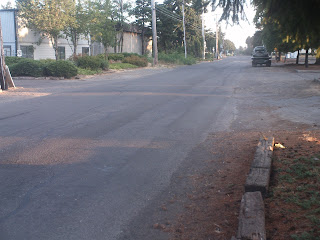 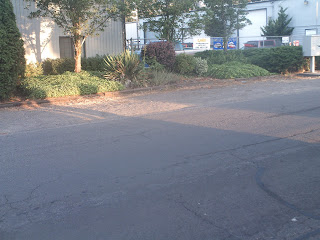 Also seen in the area:
Two separate rail operators seen at the eastbound MAX station in Street View
(or: Two forms of having been releaved)

A sidewalk, but no fence 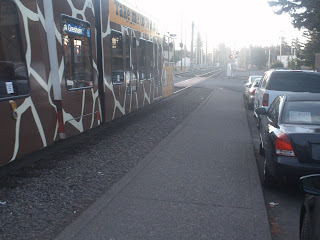 A flock of birds 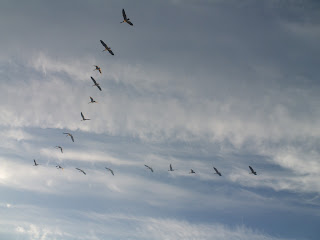 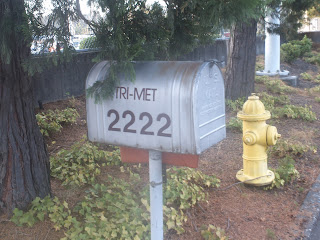 And a familiar vehicle: 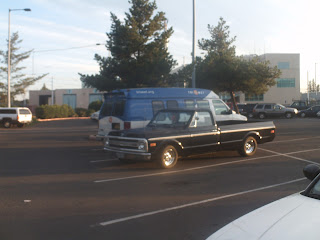 Funny thing: I see a sidewalk there.

I also see quite a bit of landscaping over at Ruby Junction.

There is also a bike path on the east side of Ruby Junction that actually enters TriMet property. (I've actually ridden on it.)

Do you see a sidewalk in the first two pictures?

How do you know that?