CRC WAS FULL OF FRAUD 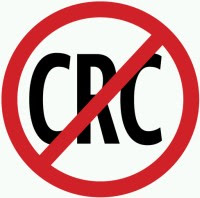 No surprise here!
An audit of the Columbia River Crossing found $17 million in excess or questionable spending, including larger-than-usual profit markups to project consultants and work that wasn’t authorized by contract in advance.
The report from the Washington State Auditor’s Office, released Wednesday, “did not identify any financial misconduct or abuse.” But it called for the Washington State Department of Transportation to reconsider policies and procedures that resulted in at least some of the misspent money on the now-defunct project, according to the audit.
The biggest chunk of questionable expenses was $12.3 million that went to firms with undisclosed overhead and profit markups, according to the report.
Another $2.3 million was added to two contract task orders months after the orders were completed, according to the audit. Those changes were made without authorization, though the extra work was found to be consistent with the original contract.
And the primary consultant on the project, David Evans and Associates, was overpaid by $1.45 million because of higher-than-usual markups, the report found.
CRC audit finds $17M in excess, questionable costs | The Columbian
Best comments below
Ben Brewer · Top Commenter


What could that 17 million have been used for? Clark County Food Bank, local schools, paying our thin police department perhaps? Jim's nonchalant response is very telling. EVERY tax dollar is valuable and shame on Jim for his lack of outrage on the issue. I just don't understand how supporters of the CRC can justify the project any longer. I agree that this project would have ended up costing WAY more than 4 Billion.
Alex Reinhold · Top Commenter · Battle Ground, Washington

Since there is no bridge being built I would agree the total amount spent was wasted. The politico's and consultants made a lot out of this deal and the whole while the people who would actually use the bridge continue to get screwed. And what's worse is there are some folks who are trying to bring it back again because they think we are all so stupid we will fall for the same line of garbage again.
Alan Watts

17 Million Dollars! Pilfered. That would be 170 YEARS of Benton's salary at Environmental Services. Bet the 'one hobby horse' editor still experiences a brain freeze and will not blast the cronies for giving and taking 17 Million! Has anyone else had enough of "100 Grand" a year to Benton when Millions for nada goes brainfreeze!
Ed Ruttledge · Top Commenter · Vancouver, Washington

Now - if we could only start the indictment proceeding of Patricia McCaig...

So this is the result of the $250,000 audit of the CRC project by the Washington State Audit Department? The scope truly was cut back, evidently to bare bones (see link below). To say I'm disappointed with the performance and results of Washington State's audit department is an understatement. In my opinion, this was an additional waste of $250,000 of tax payer money. I would have preferred to have an independent audit performed by someone such as Tiffany Couch and her team.

I appreciate the basic intent of the audit by Senator Benton, but it was a gross error to ask a Washington State department to audit this fiasco. I could have easily predicted the outcome of this audit months ago with relative accuracy. I have no crystal ball, but this situation was only too obvious to those of us that watch our taxes constantly squandered by ineffective government agencies. I wish Senator Benton would have required the $250,000 to be spent first on an independent, non-government audit, and then reviewed by the Washington State Audit Department. This is just another example of why you can't have the fox guarding the chicken house; guess what happens every time? No accountability, no reprimand, no reimbursement...and again, more questions than answers. Ridiculous is the only appropriate word I can add.

So the audit found no criminal wrongdoing and no negligence. What a surprise. It isn't even clear that we didn't get our money's worth out of the lions share of the 17M; it went to firms who weren't required by WADOT to disclose the markup.

This is a teaching moment for WADOT, not a punishable one. Of course we will learn how not to get jerked around by contractors on a project of this scale.

Pay attention to the message Ms Rivers leaves us with; Any bridge over the Columbia would have exposed these very problems with WADOT contracting policies. Thus she is saying the people of our state don't have the ability to build projects on this scale because we will be outsmarted by contractors. Reject Ms Rivers and her pathetic message.
Tom Sharples · Follow · Top Commenter · President & CTO at Qorvus Systems, Inc.

“Yes, there’s been some mistakes made. Yes, some money is missing as far as (being) overpaid,” said Moeller, who supported the CRC. “But all in all, the audit didn’t identify any particular financial abuse and misconduct."

Well, Jim, we here in the 49th district, sure are glad to hear how little importance you assign to over $17M in "excess and questionable spending" when it's the taxpayers hard-earned money. Are you as cavalier with your personal funds? I'll bet not. But oh what the hell, it's only someone else's money. Nothing to see here, move along please.

Isn't it way past time for a change?
Rep. Moeller's complacency may not be especially surprising (to those of us who've followed this mess with the discernment to recognize it as such). But it's still damning.

While yes, Tricky Jim did admit that "...there’s been some mistakes made. Yes, some money is missing as far as (being) overpaid." So much for faint praise.

Now for Moeller's damnable complacency: “But all in all, the audit didn’t identify any particular financial abuse and misconduct. I think that’s good news.”

What about the _profound_ "abuse and misconduct" inherent in the CRC's misbegotten design, both officially acknowledged (that unproven bridge architecture that had to be dispensed with, that bridge height too low) and officially ignored (chief among these any kind of _serious_ cost/benefit analysis from the perspective of the car commuters who would be the project's predominant users)? Such obliviousness -- due to either mental sloth and obdurate arrogance -- caused TENS of millions of dollars more to be squandered in a "planning" process that was too heavy on self-delusion and PR propoganda and way, way too light on anything like critical thought!

All this brings to mind that famous Al Pacino line from the 1979 movie _And Justice For All_... http://m.youtube.com/watch?v=l9pEqEy80RA
Anna Miller · Top Commenter

What an amazing piece of investigative reporting. NOT! Pretty late to the party. Thanks to David Madore for hiring Forensic Accountant Tiffany Couch and to her for her courage under fire to uncover the truth and to Washington and Oregon state legislators
Carolyn Crain · Follow · Top Commenter · John Adams High SchoolSo only approximately 10% of the funds were "technically mis-spent" and therefore "Washington State Auditor’s Office “did not identify any financial misconduct or abuse.” " is the reasonable conclusion? There would be what then on the project which closed with no official drafted to engineered standards for construction design only ideas and as Rep. Armstrong so eloquently stated at the last oversight hearing in 2012 "a cartoon drawing" to show for the money spent... $170 million appropriately spent funds? Wow, what passes for good use of tax payers dollars is astounding. I don't know about all of the readers out there but I am disgusted at the lack of proper fiscal constraint and control where the people's money is concerned. We work hard for our money and we'd like to have gotten a decent design and moved towards a third crossing out of this deal. Congestion relief should never have been removed from the criteria of the design mandates. Let's do that legislative action that I have been asking for and create permanent legislative oversight of WSDOT. Then let's pass a decently orchestrated funding system for transportation which includes a capital expenditure for a third crossing over the Columbia river on the west side moving through traffic off of the primary corridor and relieving congestion which is a problem when commuting home from Oregon. It will also reduce the traffic accidents in Portland further relieving their emergency services budgets. A retrofitting process on the BNSF bridge will reduce the mandatory bridge lift issue to just 4% of what occurs now and I believe would be the final answer to the I-5 congestion issue. All of this could be done for 1/3rd the price tag of the Columbia River Crossing project which never saw the backing even though it was pushed by the Vancouver city mayor and our representatives in the 49th legislative district.