ERIK HALSTEAD AT THE TRIBUNE 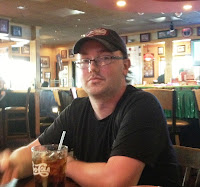 Tigard must stand up to transit bullies

As a Tigard resident, I am not shy to say I voted “yes” for Ballot Measure 34-210 (opposing high-capacity transit lines in the city of Tigard). I, like many other Tigard residents, am increasingly fed up with the lack of citizen participation and input into major transportation projects that affect our daily lives.
The Portland Tribune opposed the measure before it passed, claiming that it will allow a minority of Tigard residents to overturn regional transportation projects such as a new light-rail (or bus rapid transit) line that would begin in Portland and end in Tualatin.

While the impact may be true, where was the Portland Tribune to argue that TriMet, Metro and the city of Portland collaborated on many “regional” transportation projects that negatively impacted Tigard? Maybe the Tribune forgot that the city of Portland has its “regional” downtown circulator Portland Streetcar line, requiring $10 million a year in TriMet funds to operate and dozens of TriMet employees. At the same time, bus service was reduced throughout Tigard, requiring Tigard residents to put up with North America’s oldest and least-reliable bus fleet, forcing riders needing to travel north-south along Highway 99W to a lengthy and inconvenient transfer between buses at the Tigard Transit Center.
How about the WES Commuter Rail service, hopelessly unpopular with virtually anyone but the scant 1,000 riders (2,000 trips) who use it — a tiny fraction of the riders on any of Tigard’s bus routes? Yet, WES and its nearly $15 per ride operating cost is guarded at all costs, resulting in the cutbacks of $3 per ride bus service. Never mind that Wilsonville, which previously left TriMet, got to dictate Tigard’s transit service in return.
Clackamas County, arguing it was left out, got its Green Line MAX train along Interstate 205, later deemed a “planning failure” by top Metro executives because of its inability to spur development wedged in next to a freeway. For that, TriMet had to cut Tigard’s bus service “due to the economy” (while refusing to admit the massive cost of the Green Line on its own budget.)
And where is Metro in all of this? Metro refuses to talk transportation investment, unless you utter the word “rail” or “bike.” Ask for money to improve buses or bus stops, and Metro runs in horror. So much for Metro as a “partner.”
Tigard has had its share of impact caused by other communities and governments, resulting in clogged highways and poor mass transit access. It’s well past time for Tigard to step up and show some muscle.
If our “partners” insist on suing Tigard, claiming we’re taking away their service, I suggest Tigard countersue because we’ve already lost our service thanks to our “partners.”
Erik Halstead is a Tigard resident .
Tigard must stand up to transit bullies
Posted by Al M at 3:20 PM

If you're tired of getting the shaft in Tigard, then why would you pass a measure that makes it difficult for TriMet to improve service in your area?

I live close to Powell Blvd -- thanks Erik, your vote probably means that our project just got bumped up in priority. :-)

False. TriMet funds only $4.1 million of streetcar costs, matched by $5.6 million from other sources. See http://www.portlandstreetcar.org/pdf/capital_and_operations_summary_FY2014.pdf

If Tigard offered to pay for a portion of enhanced service, I bet (would hope) that TriMet would consider providing it.

While it's not a total cure, TriMet did expand the 94 to run all day long, which when usable is much better than the old 12.

I believe that may have been just one person. In any case, the land was there and putting it down 82nd Ave was not feasible.

If you're really concerned about traffic congestion, how about making drivers pay for their parking, pollution clean up, etc so that they are not encouraged to create the congestion?