THE CASE OF DR JEFF GUARDALABENE 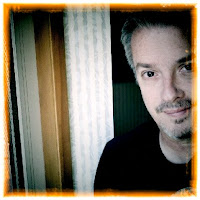 Long time writer, enthusiast, blogger, tweeter,  performer and professional transit rider Dr Jeff was cited for not having his bus pass with him today. This is the first time he has forgotten his pass since he has been riding Trimet. Unfortunately this was the day he ran into a fare inspector, who decided to give him a citation.


He had a whole bunch of tickets with him, the inspector was not impressed.
You might remember that Dr Jeff raised funds  to provide transit fares for people less fortunate than himself.

Now why is this important?  Because if there was ever a rider who DID NOT DESERVE to be cited it is Dr Jeff.

But this is not how TRIMET ROLLS these days. Trimet used to be a 'laid back' sorta transit district. Minimal enforcement and a huge fareless square.

The problem is TRIMET TRANSIT DISTRICT RUNS LIKE SHIT THESE DAYS.
The standards that the executives expect from the public and its employees do NOT APPLY TO THEM.
Endless problems with fare machines, mass confusion with transfers, buses and trains that never show up, stranded riders its all  just business as usual for TRIMET TRANSIT DISTRICT these days.

It's truly pathetic, unbelievably pitiful, Trimet is a wretched sort of place now.
Posted by Al M at 6:04 PM

This has been a rising problem for a while now. I hear about a lot of great things about people helping others out when it comes to trimet. BUT, when ever I hear about the exploits of the company it's self I am consistently floored by the actions taken by trimet. Yes they have done good in the regard to build a large network of a public transportation system, but anyone who has had to use them even on a very temporally basis almost always has something to say. There is not a week that passes where I do not hear of the experiences of someone having trouble with them. The most common ones I hear are "was at the bus stop early and there was no bus for X amount of time" where X is the time there should been a bus passing by from twice as long to never showing up at all hours later. There was many problems with how the bus fare worked and that is another problem I saw and experienced my self when I wanted to not drive into Portland. I had to pay for a day pass, all zone three time a few months ago because the driver could not understand what I was asking for. I was truly shocked at how "I have put in $X, I would like a day pass" only to be given a two hour pass. I hear this problem as well. This is of course not to mention the lack of driving skill and lack of ability to follow the law when driving. The price for fare has increased so much it's literally cheaper to drive in some cases. They get millions of breaks and funds from the cities but they fall short on their company and promises. TriMet's annual revenues total $404 million, with over half of the revenues coming from a district-wide payroll tax (as of 2008). I remember not long ago that an all day fare was just below $2, not that will not even get you the lowest ticket ride for two hours.

I will avoid to use trimet more so than ever.

I don't agree with your post. Jeff is a long time bus rider and knew the risks. If anything I would say trimet needs to be more consistent

I didn't bring my wallet, the guy asked for my pass, I didn't have it. I'm glad Al is standing up for me, but know that I'm not mad about this. If you don't have your pass, you get a ticket. Seems pretty simple.

Now, if I go show them my pass and they still want me to pay, THEN I'm going to raise a stink.

Well Trimet has to offer more slack to riders.

It's not reasonable to be so strict about enforcement.

Al, that's ridiculous. Unless you can prove, within reasonable doubt, that you were *unable* to purchase a ticket, then you knew the risks when you got on the vehicle. "Slack" is not what's required. "Slack" and lax enforcement is what allows TriMet to lose so much money to people who simply *never* purchase passes.

Have I had to jump a train without a pass? Once or twice in my life. And I sweated it the entire ride, knowing that if questioned, I was going to get a ticket. Hell, once or twice I've simply *forgotten* to get a ticket. If I'd been stopped, I'd have deserved the ticket, even if I would have been angry about it (at myself).

Handing out $175 tickets to first time offenders is unconscionable.

Trimet is now part of the police state.

I think its despicable, and nothing I have read in any of these comments has swayed me.

Honestly the times I was forced to call someone at random times for a ride recently has been out of control, especially when a CAB had to be called since over 2 hours of "every 15 min" buses never showed up. I love dipping into my food and medical expenses for a cab. Also loved getting on the bus to work on a normal 30 min transit and calling work on my second day hired to tell them I wouldnt be there for an hour. And jacking up the cost to 2.50? I dont use 3 zones, it was a JOKE excuse to raise it again. Forget using the bus on days off, if I cant find a carpool friend I will just sit at home.