WARNER RAKING IN THE $$$ ON PERS RETIREMENT

Warner moved to Metro in 1997. At that time, the regional government was beginning to play a larger role in planning and funding transportation projects, including future light-rail lines. He became chief executive officer in 1998, a position he held until 2001, when he was named the director of the Oregon Department of Transportation, where he worked with the state Transportation Commission, administered a nearly $4 billion annual budget and oversaw around 4,800 employees.
In 2005, Warner became the executive director of the Portland Development Commission. 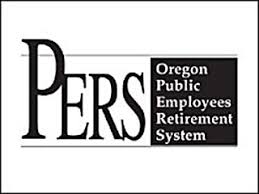 His PERS pension is $10,600 a MONTH!
And like most ridiculous pensioners that is not enough money for him so he makes more in his own business

Now maybe "Formula Plus Annuity" is different, but he sucks. Only 68.3%.