THE ABSURDITY OF PUBLIC SERVICE EMPLOYMENT 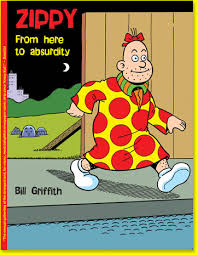 This was passed on to me by a current Trimet employee.
A bus driver used his bus in a reckless manner.
While the pin heads at Trimet 'investigated'  the driver was put on 'administrative leave' with full pay.
The driver was on paid leave for two weeks.
At the conclusion of the 'investigation' the driver was handed a one day suspension.
A two week paid vacation for the price of one day?
I always found it curious how it actually pays to be a fuck up at Trimess.
Posted by Al M at 12:57 PM

Theres no such thing as paid administrative leave in the Private sector!

nope....
but I ask you, so a driver screws up, put him to work in the office somewhere, don't hand out free vacations while investigating!

I'm guessing it's in the union contract that employees are to be paid until they are found guilty/when the employer bars the employee from working.

Ideally, they should at least use one of the leave days for the suspension.

I think the worry with an office job is that the person might screw up there too, and one would have to found and training provided. Plus, it's argued that putting them on leave encourages them to think about what they did.