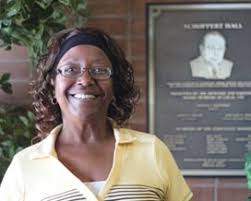 Neil's May interview made me ill. He insists on these one-on-one joke meetings and phone tags but can't come to the table with us. "Very Serious Roles In Negotiations." Really Neil, you speak with a forked tongue. Let the public into negotiations talks. What the hell are you hiding? Do an independent audit and let's see what TriMet is wasting public money on. Your threats to riders with your cuts and fare increases is just another way of what you are famous for, bullying the people that need the system. What the hell. You and your boy Randy aren't really trying to get a contract and better low cost insurance for us all. We understand the changes but I don't think you have a clue, Slick Willy. Randy is afraid of the media because they helped give him the boot at Mt. Hood College.

There is a lot you can do for your employees to help improve their health. You can have better schedules written that give an operator the opportunity to walk, go to the restroom, stretch their legs and unwind from the stressful traffic at the end of their line. But no, your crazy schedules are so tight they have little time to eat or pee. WTH are you thinking? You continue to want to build new rail lines at high cost but you don’t want to pay to maintain the service that is already out there. You rob the working operator in the seat with tight schedules and expect supervisors in the field to keep them in line, little to no training for inspectors/code enforcers, not replacing needed dispatchers and changing work force shifts to suit your world. Do you live in the real world or are you practicing for Disney World? How can you use the word straight for and stepping up to the problem and solving it when you are our number one problem? You also mention trade off and playing by the rules of the games. How about this, let's trade you off and get someone in at the helm that can do a better job. You have untrained supervisors out in the work force that are going to get hurt for sure one day because of the lack of training and the environment they are forced to work in. The managers we have now don’t have a clue how to work with their employees. All they want to do is jump in and discipline them. Tell them a man’s/woman’s word means nothing unless you are a director or some type of manager. That is clear bull coming from Randy.
What the hell do you need managers for if they can’t make a decision? Now, if you really want to save some money to put back into the schedules, hire the needed dispatchers, controller, co-enforcers, operators, mechanics, front line employees that really keep this company afloat. Fire every manager that can’t make a decision. I have said this once and will continue to say it. They have to set three to four meetings to just
pull their head out of you know where. Really, waste hard earned tax payers’ money or better yet make believe jobs.
Really Neil. Here is a free one for you three brain children to save a few thousand - get back to the bargaining tables, pull a few of those outstanding grievances and let’s get them resolved (Adam Y.). Is this asking too much to keep a good company afloat that has poor flakes at the top? I’m just asking the question. The board can step in at any time and correct this problem or they can be a part of the problem. Your call.
Posted by Al M at 5:00 PM