Does the TriMet Fact Check make the mark? 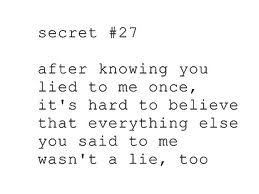 First of all, to Ms. Murphy or whoever did this page, why did you use a TriMet logo that has compression artifacts, (compare this to this; the background should be completely white; only the portion filled by blue actually is) when there's perfectly good ones that don't?
Re FACT CHECK: ATU ads miss the mark

need to realign benefits with the market.
What has TriMet done to attempt to reduce the actual price of those benefits, and not just the funding?

True; in 2004 an operator struck a pedestrian in a crosswalk in the Rose Quarter and he died
Are we sure we're not talking about Sandy Day here?

The picture taken by the ATU is closer to the window than an operator would be and does not accurately represent an operator’s true view through the windshield.
What about the videos from Seattle that show a family magically appearing from behind a pillar?

We are launching a peer review of all buses – old and new – to assess our methods to mitigate visual barriers on buses
So you think something may be wrong?

The improved front face of the new buses provides for greater visibility and safety
That doesn't seem correct given that it results in additional obstructing pillars and small side windows that must also be look through. Example picture

more aerodynamic
Does this really help with vehicles that usually don't travel fast? And what about the extra weight and distance of the extension?

No other buses in our fleet are being updated with this safety feature.
I don't think there was a claim of that.

[TriMet's fare is higher] "especially for the disabled and elderly"
Looking at the table, this appears to be somewhat true. Seattle (even on Sound Transit), San Francisco and Los Angeles fares are shown to be at least 25% less.

TriMet’s flat fare rate is on par with peer agencies on the west coast.
Then why does the table show that every other local transit agency (Sound Transit is exclusively express service) has a lower fare?

All others are one ride only or apply additional fees for transfers.
Even with the transfer charge, trips in Oakland are cheaper according to the table. Moreover, the table is incorrect regarding Seattle. Metro issues paper transfers and I'm pretty sure ORCA provides credit for original fare paid when transferring.

We actually lost about 3 million rides last year
So the loss is actually worse.

temporarily began paying more...until a new contract is in place
I'm not sure "temporarily" is correct and tells the full story.

upcoming contract yet to be negotiated
Who's fault is that?

with more than 35 different fare instruments
Even with the elimination of zone passes, there are still many different ones. And what about the elimination of Fareless Square? At least on rail, the process of not checking fares in the free area should still be the same regardless of payment method (or if tap-off was implemented, valid rides could easily be set to $0 like I believe Salt Lake City does).

wage increases have far outpaced the cost of living since 2000.
What about before then? What about when new passed-on costs for medical expenses are subtracted?

The average monthly executive pension is $6,289.69.
So some people are indeed better off.

non-union employees qualified after 5 years.
And why was this the case?

In addition, executives and the general manager have group supplemental life insurance coverage of $500,000.
That sounds awful nice.

non-union average pay and benefits of $103,803
But the comparison was between "top management" and "most employees", not union and non-union.
Posted by Jason McHuff at 10:26 PM

Still no information on their side...why??
HB