About those Trimet bonuses 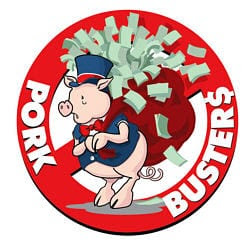 “TriMet’s new budget proposal reveals a disturbing trend,” says Amalgamated Transit Union 757 president, Bruce Hansen. “It contains evidence of an ever-increasing income gap between the wages of top managers and the wages of every other TriMet employee.” Hansen says the bonuses that top managers have given themselves just this year are a clear example of that widening gap.
“We looked at what was budgeted for each position and then listed those who received bonuses that exceeded the budgeted amount. What we discovered is disturbing. There are over 300 non-union employees. According to the budget, bonuses were awarded to just 35 people:

“Not one clerical or low wage, non-union employee got a bonus. Instead, for the most part, the bonuses went to the ‘already-fat-cats’.” This increasing inequality has become the new ‘normal’ at TriMet.”
Particularly disturbing to Hansen is the fact that the biggest bonus, $16,827, went to the Executive Director of Labor Relations, Randy Stedman. “His immediate department has just nine people, two of whom gross less than $30,000 a year. Yet, those eight other people got nothing while Mr. Stedman received TriMet’s largest bonus of $16,827. I just don’t understand the reasoning here.”


“I have been sitting across the bargaining table listening to a guy who just got a single bonus that is larger than many of our retirees’ total annual pension,” says Hansen. “Yet, this same man insists that those retirees should pay twice what they are paying today for their health care!”
Hansen further notes that Stedman, who will be paid over $192,000 this year, seems to be either totally oblivious or uncaring about how hard TriMet’s proposal will hit the retirees. “Remember, these people worked years for TriMet, looking toward that day when TriMet’s retirement promises would be fulfilled. They had no way of knowing that TriMet management wasn’t saving to meet that obligation. Why should these retirees bear the total burden of management’s unconscionable lack of commonsense foresight? Especially when those same managers are free with taxpayers’ money when it comes to raising their own income?”
Hansen says the Union is discovering that TriMet management’s financial numbers are manipulated, misleading and seriously inflated. “The Union has repeatedly stated our willingness to sit down and work together with TriMet to solve the genuine problems that exist. Unfortunately, our offer keeps getting stonewalled, pure and simple,” says Hansen.
TriMet’s Board meeting included yet another plea from the transit union president that the workforce be allowed to partner with the Board in solving TriMet’s alleged financial woes.
“One enormous hurdle we can’t get over is the fact that TriMet management won’t give us adequate information that we can use to verify their claim of financial problems,” says Bruce Hansen, president of ATU 757. “We see TriMet spending millions in ways we think are imprudent. And we suspect they use deliberately inflated numbers to support their claim of financial stress. The problem is, we don’t know and can’t know, until we can really look at the books and talk to the people coming up with those numbers.” Hansen says the Union needs accurate numbers in order to determine the most effective way to lessen TriMet’s financial problems while protecting the workforce and retirees.
Alluding to the Secretary of State’s recent, devastating audit of TriMet management’s communication problems, Hansen told the Board that the problem was more than an inability to communicate with the workforce. “Before you can have communication, you have to have trust. That trust has been broken.”
Board President Bruce Warner referenced a letter from Hansen that points out the problems with TriMet management’s claims regarding retiree’s health insurance. Warner stated the Board is committed to seeing that the Union gets the requested information and that it becomes a partner in finding solutions.
“We very much appreciate the Board’s stated intentions,” Hansen said in response, “but that is not the reality I am seeing.” Hansen later noted that the Board stated the same intention last December and nothing changed. “I think the Board members have good intentions but it appears that no one is listening to them either.”
Posted by Al M at 3:46 PM