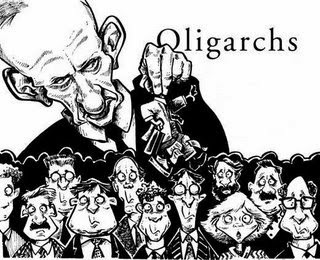 I've been watching the latest Trimet "news" (propaganda) about the Orange line coming in under budget. Originally reported at BIKE PORTLAND using such headlines as "far under budget":

According to a December 2014 construction report, downward revisions of $64 million from “guideway and track elements,” $42 million from “systems,” $33 million from finance charges and $70 million in unallocated contingency had left the agency with exactly $199,955,869 in “uncommitted” dollars from its $1.5 billion budget.

A week later Trimet sent out its own "press release'

There's a big difference between $200 million and $40 million. As a matter of fact $40 million dollars is only 2.6% of the total boondoggle budget.  Not much when you put it into the proper context

Not sure why the Bike Portland figure would be so different than the Trimet figure.

Its further interesting that the savings, according to Mcfarlane: from historic low interest rates.

In other words the 'savings' come from nothing construction related. The contractors used every penny awarded to them.

Over at the TRIBUNE additional analysis

According to McFarlane, much of the savings are due to historical low interest rates, which allows TriMet to borrow construction funds for less than previous estimates.

Why is Trimet borrowing construction funds at all when they have $1.5 billion in tax dollars to spend?

This whole 'news event' smacks of yet another falsely created Trimet event. Specifically created by the marketing department to instill 'good feelings' about the Trimet executive management.

Trimet plays the public like a  Stradivarius Violin
Posted by Al M at 3:32 PM

Clever. If TriMet finances a long-term project at 3% while investing the bond money in a tax-free municipal bond (irony!) at 7% they could pocket some nice bonus money.

Is that even legal?

I'm wondering if "uncommitted" means "unspent so far" and includes money to cover things that haven't been ordered yet. In any case, the number is from 3 months earlier.

Why is Trimet borrowing construction funds at all when they have $1.5 billion in tax dollars to spend?

Not all of the tax dollars are available now. The Federal government doles out grant money over multiple years, and other money is coming from future payroll taxes.

Trimet has been granted $1.5 billion budget which is money from Fed's State, local.

And you say they need to borrow money in addition to this?

No, I'm saying that some of the $1.5 billion is not available by when it's needed. They've been awarded the money but not been given all of it, and so need a loan (equivalent) until it comes in.

The Federal government only gives a portion of the grant money every year, and TriMet is paying its share with payroll taxes that will be collected in the future.

Provide me with some verification of:

""The Federal government only gives a portion of the grant money every year, and TriMet is paying its share with payroll taxes that will be collected in the future.""

I need some third party verification to accept your statement

From the press release, "the federal funding process continues through 2019". This could be verified by looking at the Federal grant or other documents.

You make the claim so u prove it.