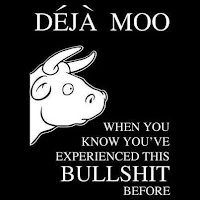 I always like to watch the various BS that comes out of the Trimet propaganda department,regurgitated dutifully by the mainstream media, swallowed whole by the unsuspecting public.

Take the new "service additions". Let's take a look at them. 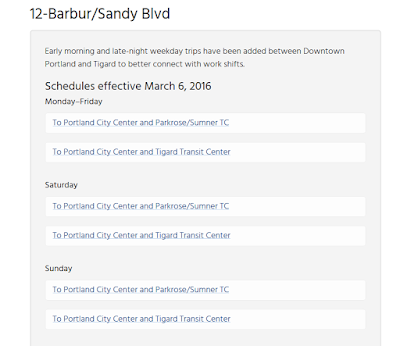 "Early morning and late night trips have been added"
Well that is peachy keen it might be helpful if people actually saw what trips and times were added.
Instead Trimet tells riders to look it up on the schedule.
#FAIL 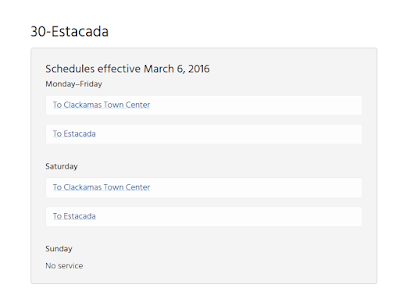 Uh, maybe they forgot to list the "improvement" but there is nothing listed for this route
#FAIL 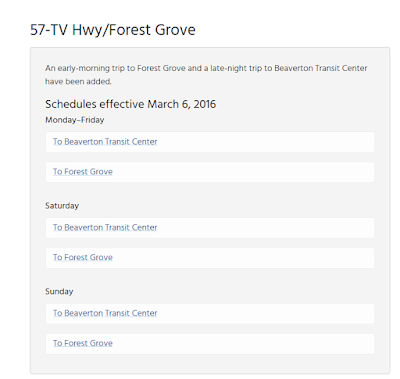 "an early morning trip to Forest Grove and a late night Trip to BTC"
OK, so they added 1 trip in the morning and 1 trip at night to this route. I guess that's an improvement but not much of one. Again, you have to look through the schedule yourself to find where that extra trip is hidden.
#FAIL 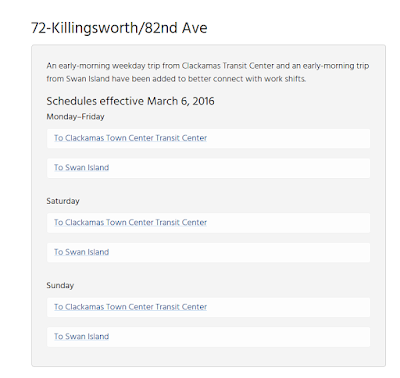 "an early morning weekday trip from CTC and an early morning trip from swan island"
The bus 72 is the busiest route on the Trimet system carrying more riders than any other route. So here again Trimet added 2 whole trips, to the busiest route in the system. Not much of an improvement but yes its better than nothing. Once again, you have to look through the schedule to find out where these 'extra trips' are.
#FAIL! 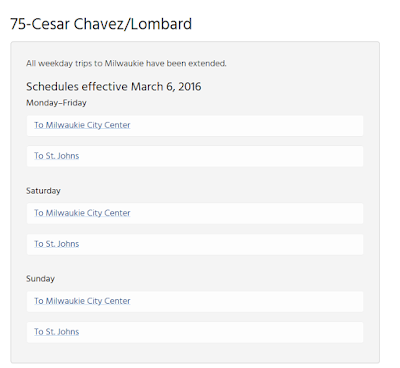 "all weekday trips to Milwaukie have been extended"
I'm not sure what that actually means. I assume that some previous trips didn't go to Milwaukie? When did the 75 start shortlining because I thought they all went to Milwaukie.
#FAIL 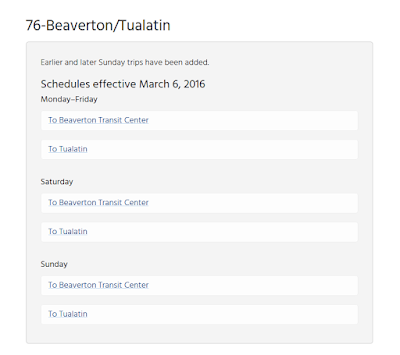 "earlier and later Sunday Trips have been added"
OK, that sounds like 2 trips but once again you have to look it up to find out what they are talking about 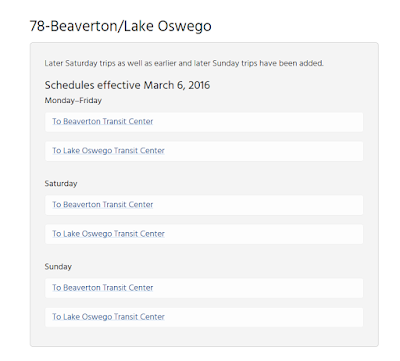 "Later Saturday as well as earlier and late Sunday trips have been added"
As usual, we have no idea what that actually means and Trimet won't be specific.
"look it up yourself" seems to be Trimet's idea of providing information
#FAIL! 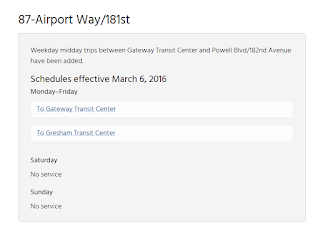 "weekday midday trips have been added"
The 87 may be the least reliable line in the whole of Trimet. Nice to see they added something but as is par for the course they won't tell you exactly what they added.

Nice to see riders get something, even  if it is a teeny tiny something

I've been behind at reading your blog so am just getting to this now, but those earlier or later trips can be a lifeline to those who use them to get to/from work. But I'll agree it's not 24-hour service and they could be more precise like I think I've seen on internal documents.

"all weekday trips to Milwaukie have been extended"

At night, especially on weekends which are not addressed here, Line 75 turns around at 45th and Harney and doesn't go all the way to Milwaukie. But the description used is confusing and as written is incorrect. It reads as though the trips which presently do go to Milwaukie are being extended, when in fact the opposite is the case.