Trimet Union busting back with a vengeance 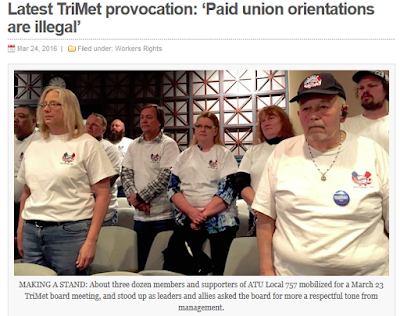 That’s news to Jeff Klatke, president of 25,000-member Oregon AFSCME. Klatke says AFSCME has plenty of public sector contracts that allow new member union orientation to take place on paid work time — including the contract that covers lawyers at the state attorney general’s office.
“You should be concerned about the quality of legal counsel you have received,” Klatke told the TriMet board of directors at its March 23 meeting. 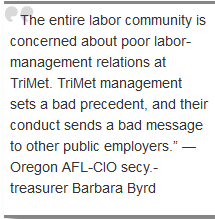