Normally when some very unflattering news comes out about Portland's beloved transit agency, Trimet issues a 'fact check' where they provide what they see as 'the facts' regarding the issue.

The chart below tells a story of Trimet not using the increased tax revenue for service to the public.

How is that excusable?

Where is Trimet using that extra money?
Who knows, my guess it goes to expanding Mcfarlane's personal empire of useless bureaucrats.

The jig us up Trimet, the public is not fooled any longer.
You can not control the information any longer. 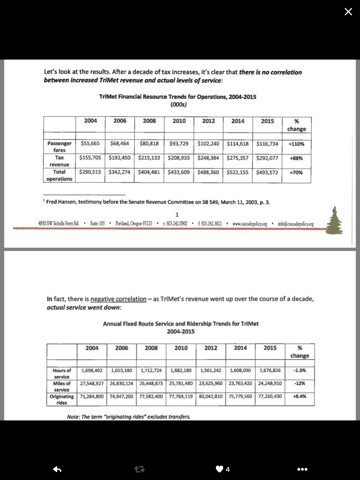