THE STEDMANS ARE A FAMILY OF UNION BUSTERS

The Bonnie and Clyde of Portland! 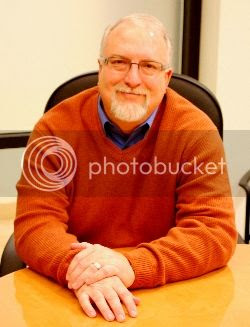 Following Bonnie and Clyde came this pair, the Stedmans.
Both are human resource directors and HIRED PROFESSIONAL UNION BUSTERS
--- gunning down and robbing union members of their benefits, wages, and pensions.
http://trimetsattackagainsttheworkingclass.blogspot.com/2012/12/trimet-executive-salaries-from-public.html

Stedman comes to the Port from Vestas Wind Systems, where she was vice president, people and culture, for the firm’s global sales office and senior vice president, people and culture, Vestas-American and Vestas-Canadian Wind Technology, Inc.
Under her leadership, she led Vestas through a large restructuring effort, created a talent management program, and oversaw the development of a market-based compensation platform. During her tenure, key responsibilities included employee relations, staffing, compensation, benefits, organizational development, coaching and training functions, and health safety.
“Bobbi is a perfect match for the Port,” said Wyatt. “She brings a wealth of human resources and management experience with a true global perspective that will ensure our greatest resource—our staff--is ready and able to take advantage of market opportunities and face challenges that come our way.”
Prior to joining Vestas, Stedman was director of human resources at Philips Medical Systems NA in Bothell, WA and the director of human resources at adidas-Salomon North America.
She is a member of the Society for Human Resources Management and the International Coaching Federation.
She will join the Port on February 11.
Posted by Al M at 10:46 AM

"Tom Imeson, who was Goldschmidt's gubernatorial chief of staff"