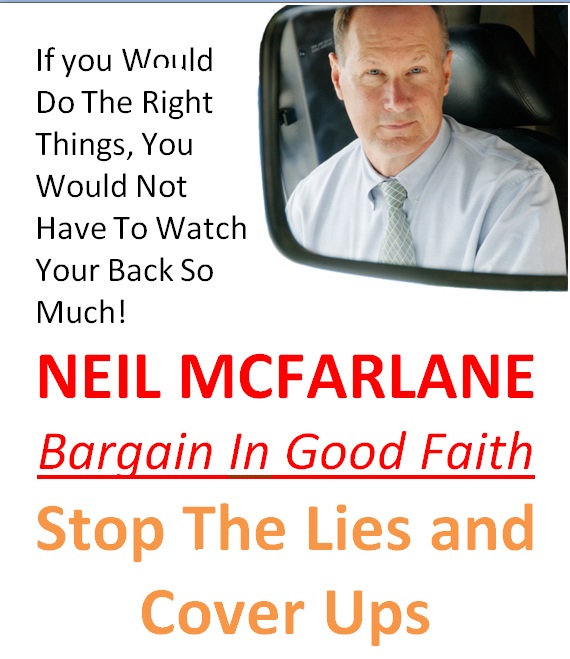 Some steps for fixing 'financial crisis' at TriMet

I am a retired TriMet employee with a modest pension that included health benefits that were bargained before my retirement in 2004.
Now, in 2014, current TriMet General Manager Neil McFarlane is threatening my retirement benefits. I consider his actions cowardly, unfair and ignorant. I thought that pension benefits were protected by law, but apparently, as the saying goes, “It ain’t necessarily so.”


Anyway, I am angry about his attack on my pension that I had to work 10 long years to become vested in. TriMet is in the midst of another multibillion-dollar expansion, but Mr. McFarlane is crying poverty, blaming medical cost increases of union retirees compared with those of salaries employees.
Mr. McFarlane must be extremely dimwitted not to have figured out the reasons this is happening.

Salaried retirees worked in an office environment where they could get up from their desks, move around, stretch and take regular restroom breaks. Union retirees, on the other hand, are mostly bus drivers and mechanics. Bus drivers are chained to their seats, have to meet schedules and breathe roadway exhaust for most of their shift. Mechanics are exposed to diesel fumes, solvent and paint vapors.

After 30 years or so of these environments, why is the TriMet GM surprised at the results? So instead of recognizing that these people ruined their health because of the workplace environment at TriMet, Mr. McFarlane is punishing them by trying to renege on the benefits promised upon their retirement. Previous GMs realized that it would be extremely unfair to add more burdens to those with modest pensions and poor health. Salaried retirees do not have to go back to TriMet every three years and ask for their benefits be renewed, so why should I?

I have solutions for TriMet’s “financial crisis.” Economizing should start with the TriMet Board of Directors, the GM and his department heads. Here are some steps I would take:

n Reduce the compensation of the GM by 10 percent for demonstrating his lack of managerial skills.
n Reduce compensation of TriMet department heads by 5 percent.
n Ban the right to contract out any bus or rail work that could obviously be performed in-house.
n Freeze the taxes currently levied by TriMet at the current rate with increases only at the cost-of-living every five years.
n Conduct a real audit of TriMet’s finances and financial practices. Amalgamated Transit Union Local 757 leadership has hinted that the GM moved funds between different internal accounts to hide how they were spent. The recent “audit” by Secretary of State Kate Brown’s office is best described as “whitewash.”
Some steps for fixing 'financial crisis' at TriMet-Portland Trib
Billy Grover is a resident of Milwaukie.
Posted by Al M at 1:49 PM

That's the truth!! Will anyone pay attention? It's a corrupt world we live in....