If things were going wonderfully at Trimet I could possibly say that these executives/managers could be considered for bonuses.
But the fact of the matter is that by every measure Trimet executives have been failing at their jobs.
Ridership in Portland has fallen while it has risen in other parts of the country.
On time performance is horrible.
Employees are not working happy and management is focused on taking away their decent health care

And yet these white collar criminals think they deserve a raise. What they are doing is taking the money while they can.

Despicable behavior, exactly what we can expect from Mcfarlane and his cast of cronies
Fetsch later said that because Trimet executives love working so much at Trimet that they didn't bother to take their vacations. Ya right, and we have a bridge to sell ya.
And this is yet another example of the caste system which Trimet employees live with.
The upper class are the non union employees who get to cash out vacation while
union employees are forced to take their vacations


On the eve of the first public hearing on TriMet's proposed budget for the next fiscal year, the president of the union representing most of the agency's employees is accusing it of giving most bonuses to already highly-paid executives.
“TriMet’s new budget proposal reveals a disturbing trend,” says Amalgamated Transit Union 757 president, Bruce Hansen. “It contains evidence of an ever-increasing income gap between the wages of top managers and the wages of every other TriMet employee.”
According to Hansen, TriMet documents show that 35 non-union employees received bonuses ranging from $502 to $16,827, while no lower level employees received bonuses.
“Not one clerical or low wage, non-union employee got a bonus. Instead, for the most part, the bonuses went to the ‘already-fat-cats’.” This increasing inequality has become the new ‘normal’ at TriMet.”
TriMet officials had previously said some non-union employees were receiving bonuses to keep them competitive with similar jobs at other agencies or compensate them for additional responsibilities. TriMet did not immediately respond to a request for comment.
TriMet and ATU 757 recently entered state mediated talks in an attempt to resolve there long running contract differences.
The agency will hold the first hearing on its proposed budget for the 2014-2015 fiscal year on Wednesday. The $604 million operating and capital budget would continue to restore service cut during the Great Recession without raising fares.
“This budget continues our effort to achieve long-term fiscal stability, while restoring and improving service for our riders,”TriMet General Manager Neil McFarlane said when releasing the budget. “I am committed to staying on course to reduce our benefit costs so we can focus on our core mission of providing more service to our growing region. This will keep our commitments to our employees, retirees, riders and payroll taxpayer’s for the long term.
”Union boss blasts TriMet bonuses 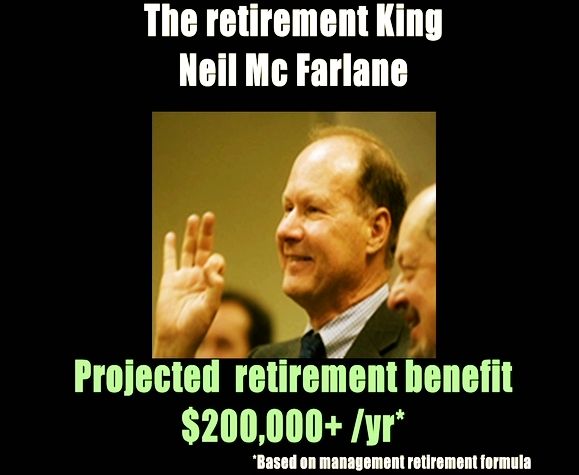