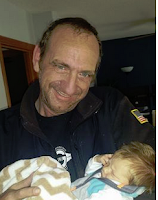 I have been getting a lot of heat from members about the filing of Preferring of Charges and so I am putting this post up for those who actually are willing to listen and investigate the purpose of such a system.

If a member would take a moment to investigate what the purpose of Preferring of Charges is and why it is in our Constitution then maybe that member would gain a better understand and not be so harsh towards a member using that system. Currently the members that have responded to me in a negative manner has demonstrated that they do not actually understand the Preferring of Charges process. I would attempt to give reference material so that they can have a better understand and they refuse to acknowledge that information. When a member displays such refusal to open a view point to gain a better knowledge then it is pointless to continue the conversation about that subject with that member.

To better understand Preferring of Charges a member must first ask “Why is this in our constitution and what function does it serve?”
It is the goal of our union to assure that all members are treated equally and that all members are entitled to protect themselves from harm. There are times when a dispute between 2 or more members might take place. When such a dispute takes place each side has their own personal view and it becomes difficult to resolve. There is a point when a 3rd party needs to step in and find resolve. In our union the only process that allows this is the Preferring of Charges. This system is set up to allow a member to request from the membership an opportunity for a fair trial. Based from the basic written request members can approve or deny the request to move forward to a fair trial/investigation. If it is approved to move forward a committee of 3 members will be formed to hear and record all the information. This information is provided to the committee from both sides of the dispute from the members involved. Both members are given a full and fair opportunity to present their information. The committee then views the details of the information and determine if there are any violations of our bylaws or constitution has taken place. If the committee finds that any violations have taken place then the committee will determine what the correct actions need to take place. The committee will match the discipline action that takes place if needed matches the violation or violations that took place.

Preferring of Charges is only a negative thing towards a member who has caused harm to another member or the membership. This is the only process our union has in place to hold members accountable. For those being so opposed to this system they are not wanting members to be held accountable for their actions. Without accountability then members and officers tend to not worry about violating our bylaws or harming members. Until this system is understood and members become aware that all members are equally held accountable for any harm they might cause to our members or membership we will continue to have disputes and members saying it is something we have to accept.
Posted by Al M at 4:57 PM