THE PRESS IS DEFINATELY ANTI UNION 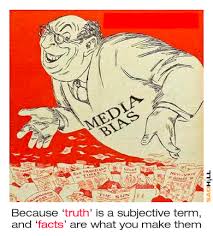 I just performed a twitter search and found dozens of tweets about Trimet's press release calling the union liars. Guess how many tweets I found about the unions press release-ZERO
Posted by Al M at 5:42 PM

For whatever reason, I didn't receive a copy of the release; only saw it thanks to Tom Horton's Twitter.

I RT'd Tom, and within an hour got an email from TriMet saying the release was false and that they'd be issuing a release of their own. So I undid my RT of Tom and wrote a tweet linking to the union release and quoting TriMet's statement that the union claim is wrong.

TriMet, meanwhile, prepared a release that went to hundreds of people on the mailing lists that they've been building for years. That's the power of a mailing list.

I'm not actually disputing your conclusion. But good PR campaigns are hard, and they take time and resources to build.

I know that you're the best reporter we have!