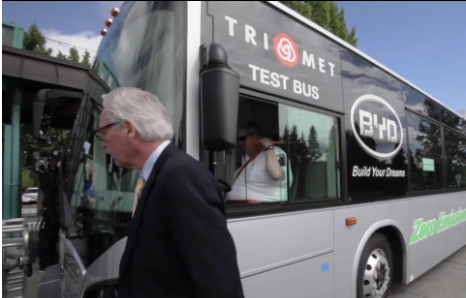 Put a Trimet sticker on it and let the mainstream media do the rest. Yes its the 'electric bus' which is being used in some places and tested by many places already. Neil's pal Bob Nelson (200k on top of his existing Trimet pension)  hosts this little piece of propaganda with his usual 'we are greatest' nonsense.

That dude is nauseating to listen to at the news conferences.

And that's what counts!