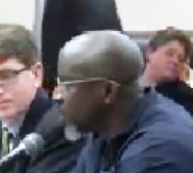 
The term, “liability” (hindrance, encumbrance, burden, handicap, nuisance, inconvenience; obstacle, impediment, disadvantage, weakness, weak link, shortcoming; millstone around one's neck, albatross, and Achilles heel) denotes that all front line workers are expendable and not essential to the company.  For our beloved Retirees, who have made the company what it is and shall always be; having shed blood, tears and sacrificed their bodies, lives and families to build a company that is respected in our industry.  To only have the company they created treat them like a burden that needs to be cut out like a cancer.  To all current Front line employees that in the face of mounting pressure from management bullying, physical and verbal assaults from strangers (continues to rise, without solutions), being slaved out for 9 and 10 hours off that causes massive fatigue problems as preventable accidents are on the rise; truly feeling like a burden and weak link in the bigger scheme of things.


The company has seen fit to use us as a liability and impediment to their plans for future expansion, by saying that the union contract is too expensive, in order to draw the general public’s sympathy.  What has been our reply to this, nothing!  The general public DOES NOT CARE about executive salaries, the general public DOES NOT CARE about our 90/10 health care plan; both things have nothing to do with their everyday lives as transit dependent communities.  Yet no one has talked about their lavish spending sprees since the debacle in 2012 when the Opal group called them out on having a “slush” fund of $20 million dollars on which they drew 3% raises for the top executives, yet none of that money went to restoring frequent service to the system as it was before the cuts, these are real issues to real people.
No one is talking about the 2014 budget that saw excessive spending on 3 ½ bus routes 93(94 which is now an all-day route), 47, 48 which drew $1.5 million apiece, then you add the paltry $2.3 (to 2.5) million on restoring service to various lines, then you add the Art Fund (it used to be $1 million) for ungodly art for the Orange line; add that up you come to the neighborhood of $8 million dollars, guess how much it would be to restore frequent service (pre-cuts) for all routes; drum-roll please………$7.8 million dollars (according to the GM).  This in no way is the union’s fault or the union contract, the company does not care what the Union or the General public thinks about transit.


The point of the matter is that the company has lied about everything to get out of what they owe in obligations.  The Union contends that the obligation debt is $350(+/-) million, while the company contends that it’s about $850(+/-); which one is correct, given the track records, I would put my money on the Union.  Keep in mind that this company has been doing this for a long time and is not about to stop, for the Union or the General Public anytime soon, that’s the cost of doing business; yet, recently Vancouver and Tigard have refused to bend to the will of the company.


Lastly, remember that We, the Union and They, the people, are being used as pawns in the greater scheme of things.  If you want your voice heard, show up at one of the Board of Directors meetings and show how mass transit is affecting your lives, good or bad; it is here to stay.  You can talk about things like the fake cuts in service or the lavish out of control spending, the massive expansion plans with no end in sight or even the dirty bus issues.  So, in the bigger picture the Union and those we graciously serve in the vast Portland Metro Area, we are in the same boat; join us in making the company a more respectable company.

“Insanity”: doing the same thing over and over again and expecting different results.


Your Brother on the front lines.

The UNFUNDED OBLIGATION was created when management and the union agreed to it without any mandatory funding by contract, then sold it to the membership. A WORTHLESS IOU!

Anonymous needs to state their name and source info, otherwise it's rumor.

It's non-funded, you have to pay the entire obligation not just Pay go to claim funding.
HB

The pension is funded just like the 800 mil tons of Gold is all there in Fort Knox, KY

Jeez, we must trust are leadership.

Quess what theTeamsters can strike!