Double dipping Dave ready to go back into 'retirement'

David Auxier, who was hired as a 'temporary' director of finances several years ago,  must have made enough extra money now to add to his already nice fat pension (I'm sure this will also add more to that fat pension of his) that he is ready to go back into the peaceful life. The only problem I have with Auxier is Mcfarlane's passion for hiring his old pals as his executives.

Hey its not really Trimet,it's Portland government in general. That's how they both roll 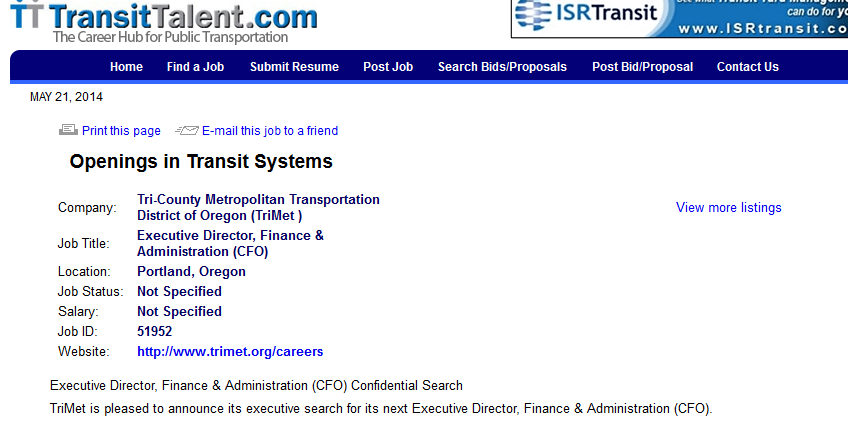 Maybe he could help his brother's 3 star mutual fund performance out and buy some Trimet "Orange Line" muni bonds.

I am so glad my parents forced me to make on my own, success isn't the same if it's handed to you on a silver platter, IMO
So looking forward to EARNING the second million.