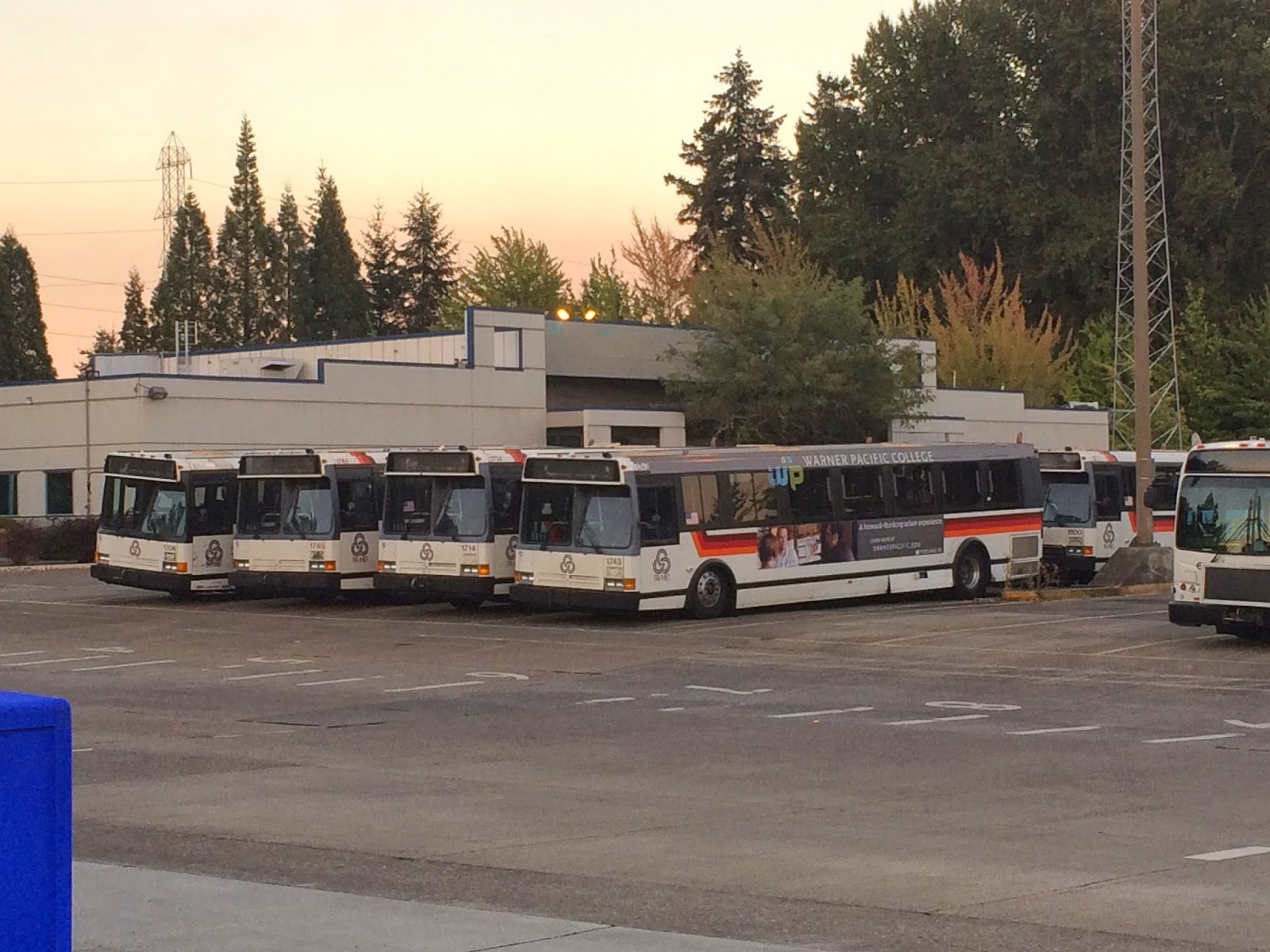 Here's a nice collection of some of those 16 22! year old buses still in TriMet's fleet.  Although missing the license plates and bike racks, it looks like these ones are actually out of service.  FINALLY.
Posted by Erik H. at 4:49 PM

With the bike racks off, it reminds me that those old Flxibles were a nice example of good exterior industrial design - as compared, say, to the new Gilligs with their obviously tacked-on "streamline" front ends and chin-high side windows that make seated adult passengers feel like they're four feet tall.

(Of course, nothing can compare with the Flxible's incredibly sloppy steering, with about a half dozen turns of the steering wheel required to go from left turn to right turn!)

They also don't seem to be in the dispatch system anymore either.

You should go to Powell, as there appears to be at least one 1700 there, though I'm not sure the last time it was used:
http://www.rosecitytransit.org/systemmapper/single.php?vehicle=1782

Lastly, you should be happy to note that TriMet has been doing what you wanted and putting new buses into shuttle service even before they have CAD/AVL equipment installed.