If a TriMet MAX stop was designed identically to a TriMet bus stop... 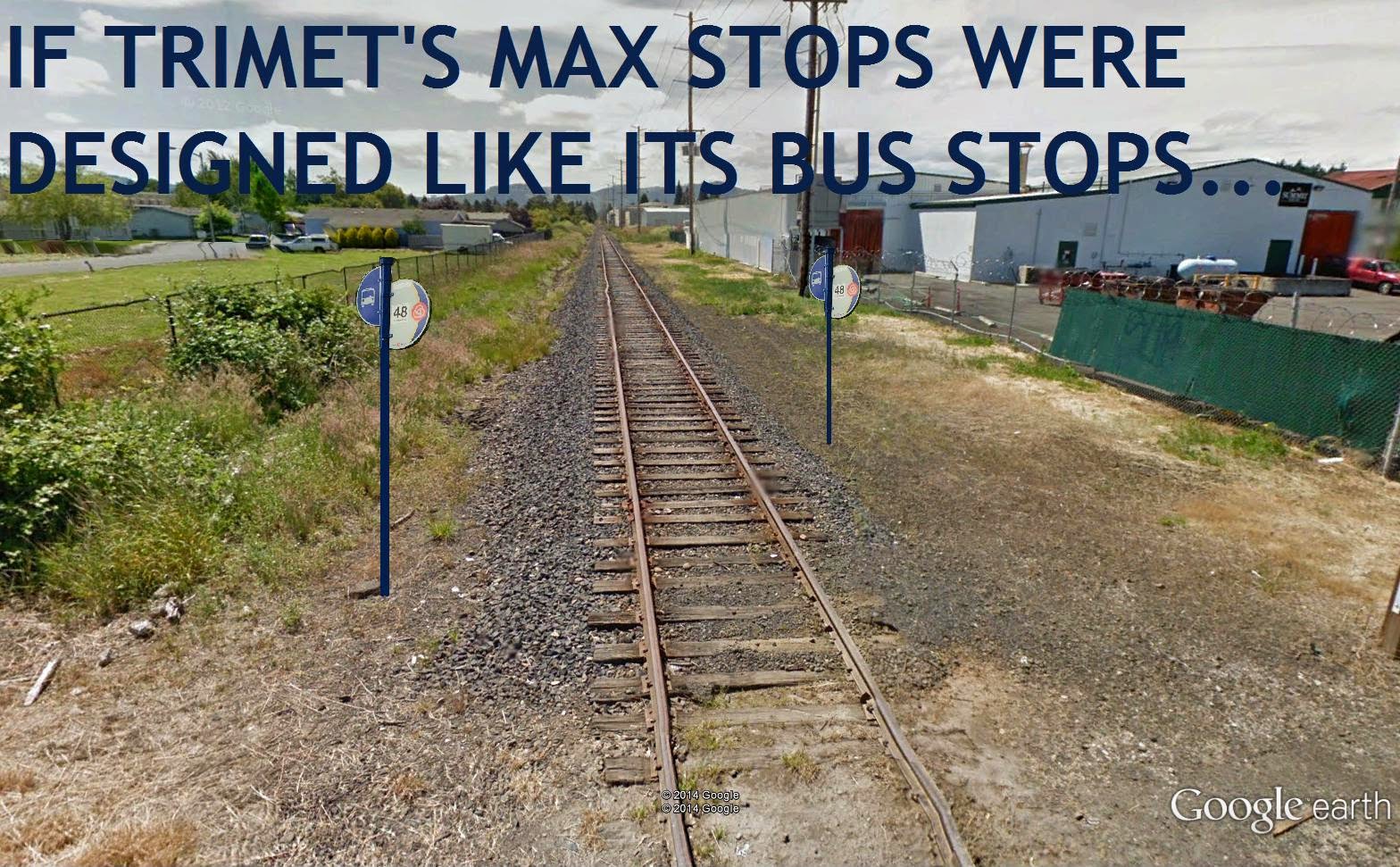 Serve the suburban areas with limited stop, express service. Then you could build a decent bus shelter, even with some amenities like a coffee bar and restrooms, because they would not be every two blocks, more like a MAX station. What makes MAX station so expensive is that there is so much "grade separation" and walkways, parking buildings and stairways.Besides the railbeds consuming a lot of material and labor, they have to make the stations 'works of art' too. It's the east coast mentality---transcribed on to podunk Portland. With express lines, you could make better stations where the express routes intersect each other, but the main thing is to keep the transfer wait times down.

One more thing, while I'm at it. There is a way they could put four bikes on the front carrier, instead of just two. Keep the bike riders happy.

"There is a way they could put four bikes on the front carrier, instead of just two. Keep the bike riders happy."

When RAZ Transportation was still in business and running the Intel shuttles, I noticed they had buses that were equipped with bike carriers on both the front - AND REAR - bumpers!

I'm not sure there is currently a four-bike bumper carrier in production...I know Sportworks does make a three bike carrier and many agencies use them (except TriMet, of course).

See the discussion on http://rantingsofatrimetbusdriver.blogspot.com/2014/09/destroying-perfectly-good-transit-center.html

Bottom line: rail stations get funding from the Federal government and other outside sources, are fully TriMet's responsibility (unlike roadways and sidewalks), are built along with the construction already taking place for the rail line, and unlike bus stops are few and far between (which means that there's more money to spend per station).

That's utter and complete bullshit, Jason - AND YOU KNOW IT.

TIGER grants can be used for "multimodal and multi-jurisdictional transportation projects", of which a bus transit center would absolutely qualify.

And what states that ODOT and Metro cannot spend money on bus facilities? Nothing, except for their built-in rail bias. There is NO STATE LAW nor Metro code that requires their funding to be allocated strictly to rail.

So you're sure that the money exists and if TriMet just asked they'd have a 100% chance of getting it? Or is it a competitive process where money is likely to go for a facility where none currently exists?

Also, your photo and the discussion were about average bus stops and not transit centers.