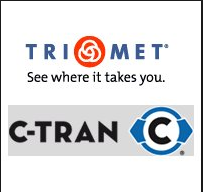 Not everybody agrees
Last night, the CTran Board of Directors chose to INCREASE their monthly costs by $46,000 per month for “passenger convenience” and with unknown cost savings.
Here’s the deal, the majority of the CTran Board voted to spend $1,727,000 of your money to develop an eFare system with TriMet. They will make 24 monthly payments of $46,000, plus pay $623,000 for “equipment”. The “hope” is that the eFare system will become operational in 2017, but the contract requires it to be operational NLT Dec 31, 2019.
Once the system is operational, CTran would then pay TriMet $46,000 per month as an ongoing “operational cost”. That cost would adjust with the CPI each year.
The duration of the contract is 7 years, or 5 years after it goes operational, which ever is later.
Are they upgrading to this eFare system, so they can save money elsewhere? No.
When asked about savings, the staff said that was to be determined. Board member Bill Ganley said: “I hope there will be some cost savings. . . .”
So with no known or identified cost savings, the CTran Board just agreed to increase their cost of operations.
Here’s my testimony at the beginning of the meeting during citizen communications

CTran riders pay only about 20% of the cost of providing the mass transit service (according to a comment made by a Board member). The fare box collection is almost $8 million per year. Doing the math puts the total cost of CTran’s operations at $40 million a year.

The $46,000/month in “new” costs for eFare, equals 7% of their farebox revenues. So for “customer convenience”, they’re going to now spend 7% of that revenue on eFare. If we asked the passengers what would benefit them the most by spend 7% of what they pay, I don’t think they would choose eFare.

Next – the monthly operating cost will adjust for inflation. That means that in 5 years, the ‘operational fee’ paid to TriMet would rise to $53,300 with a 3% annual CPI.

Board member Anne McEnery Ogle asked about bankruptcy. The passengers would charge up their eFare card (or iPhone app) and the funds would be stored in a neutral bank account, until a passenger rides a bus. But “could” TriMet access that money if they were nearing bankruptcy? The staff said “yes” but it would not be legal.

The total cost to develop this system is supposed to be around $30 million. (CTran paying $1.7 million).

None of this is being done to effect direct savings in some other area. There is no time frame where the savings will pay back this investment.

In terms of annual costs/revenues – it will add about 1.7% annually to the total cost of operations. It will not bring in additional revenues. It will not save costs in other areas.

Three years ago, Clark County citizens were asked to approve a .2 cent sales tax increase to protect “essential bus service”. We did so.

Sadly, this luxury item will be purchased at a time when TriMet is on it’s way to bankruptcy.

The CATO institute wrote this superb article on TriMet recently. TriMet gets nation wide publicity, and it’s not good. It’s why CTran should have nothing to do with TriMet until they get their financial house in order.

Read some of John Charles excellent work in this recent piece http://cascadepolicy.org/pdf/pub/1-6-14_trimetreport.pdf.

He believes the financial collapse could happen as early as 2017. The TriMet Board of Directors is already on record saying they will have to cancel 70% of their bus service NLT 2025 unless they make significant cuts to their costs & benefits.
Posted by Al M at 2:23 PM