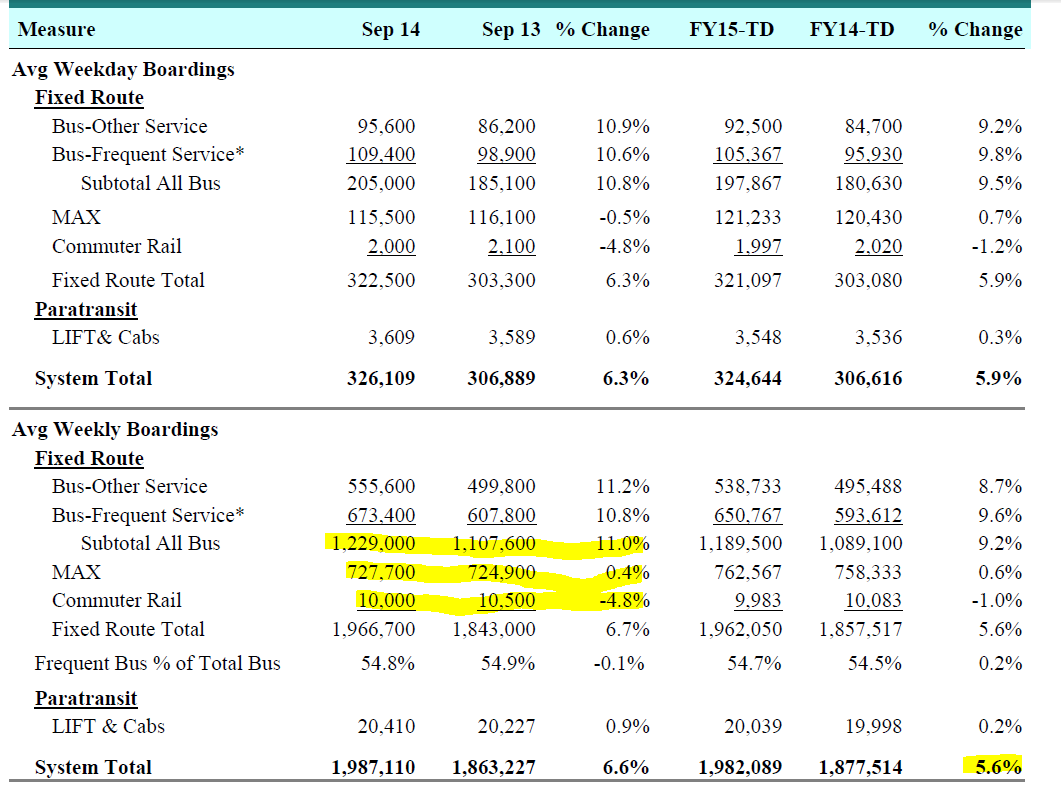 Bus ridership is up across all the subcategories, 10.9% for 'bus other' and 10.6% for 'frequent bus'. So the 'frequent bus' is not actually used more often than the non frequent after all.

The biggest disappointment has got to be the light rail figures, they have been dismal for quite awhile now, over two years I think. MAX is unreliable, operates like a police state, and riders are constantly held up for fare inspections thereby missing connections. Trimet has actually chased people off the light rail system in my opinion.

If it wasn't for the bus service Trimet would be losing riders right now. The Trimet system as a whole is up 5.6% from last year all as a result of the increase of bus usage.